Batteries Not Included- Solar Works With Your Utility, Not Instead of It (unless you want it to)

Two years ago, a solar powered airplane flew around the world. While it didn’t carry passengers apart from the pilots, or even packages, it did send a mega-message about energy: The acquisition, consumption, exhaustion, & celebration of it.

Solar Impulse 2 (the name of the plane) paused in Mountain View, California, in April 2016…amid surprisingly little fanfare. However, Google exec Sergey Brin thought it well worth his very valuable while to stand around the runway while pilot Bertrand Piccard circled off the coast waiting for the wind to abate enough to make his landing. No one debates that Google is cool. Google thinks solar is cool. Let’s sophism this: if you do solar, you’re cool.

Around the World- Without a Drop of Fossil Fuel

The solar plane uses four lithium batteries, about one fourth of its total weight. The batteries provide power through the night, and begin charging again with sunshine. It gives whole new meaning to Julie Andrews’ classic crooning: “Ray, a drop of golden

sun.”  4 batteries. My boombox (circa 1984) required 8, exhausted mainly by the Thriller LP. Boomboxes gave way to the ipod as the 90’s began and breakdancing dwindled. But they were a big deal.

We need batteries, but we prefer not to rely on them as our sole power source. Lights & appliances in our home run on electricity supplied by the local utility. But most of us own at least one flashlight…just in case. And for camping…and telling scary stories. The alternator in our gas-powered vehicles keeps the battery charged to run the electrical gizmos. We don’t think much about it, and we like it that way.

When we’re forced to rely on battery power, we get preoccupied with it. What happens when our smart phone gets down to 10%, or doesn’t hold a charge like it used to? We get ‘boat just struck an iceberg’ nervous. We loathe not having enough power. The fact is, there is more than enough power. We’ve been getting it from under the ground in the form of coal and petroleum for nearly two centuries. It turns 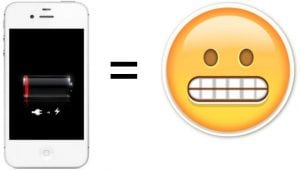 out the sun is a mighty, clean, consistent, inexhaustible source of electricity that doesn’t have to be dug out of the ground. ‘Catching rays’ is not just for beachgoers anymore. Solar panels actually do it, turning sunlight into electricity faster than it fashions tan lines.

If I Do Solar, Do I Still Get Power from the Utility Company?

Yes. Solar power works with the utility, like a ‘hybrid’ car uses gas and electric, giving you fantastic ‘mileage’ for your kilowatt hour. An electric car is different. It has no gas tank; therefore no dealings with Chevron. In the same way, a solar array with a battery backup system can be designed to enable one to ‘pull the plug’ on PG&E. However, as of this writing, storing solar energy in batteries, while certainly possible, and for some people plausible, is for most of us in urban and suburban homes impractical due to expense. It’s a bit like camping at home, going around with flashlights and butane lanterns because we don’t want to use switches, sockets, and bulbs. Then again, if PG&E continues down its current path, it may come to that. Heh heh. ‘Current’ path. Just saw that.

For now, batteries haven’t achieved the stamina or affordability to make them everyone’s first option, Tesla being a prime example: “I’ve got this awesome zillion dollar car!  Bummer it can’t make it to LA without stopping to recharge.” Smart people are devising ways to make battery power more potent, cost-effective, and mobile, so we’ll stay tuned. And car charging stations at places like SFO, McDonalds, and some malls are becoming familiar, making electric vehicles less of a novelty, though still a luxury. Meanwhile, hybrid cars are truly mainstream. No one says ‘Wow!’ when they pass a Prius anymore. In the same way, solar electricity is out of laboratory and very much into the suburbs. And for good reasons. And with good results.   –Lee Stilwater