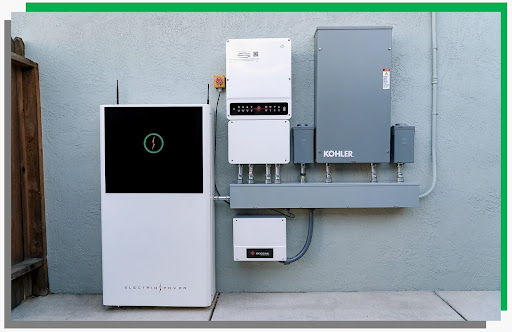 Are you a California homeowner who’s interested in using a solar storage battery system with your panels? Well, 2021 is your year. You now have more incentives to install a solar battery than ever before. The state’s top energy storage rebate incentive program, the SGIP, underwent a major overhaul recently that makes it easier for residents to save money on battery installation. Selling excess power back to the grid isn’t the only way homeowners can see a return on their energy investment. With this program, homeowners with a solar system have the opportunity to expand their system to include storage and see immediate financial benefits.

What is the Self-Generation Incentive Program (SGIP)?

Established in 2001, the Self-Generation Incentive Program (SGIP) was created to promote alternative energy solutions. In addition to supporting the production of fuel cells and efficient heat and power generators, it provides homeowners and businesses with an upfront rebate for installing solar energy storage systems. Through this government-funded program, you have the potential to cover most or all of the costs associated with installing your storage system. Eligible California homeowners are paid as much as $200 per kWh for energy stored in batteries rather than sold back to the grid.

Two things determine the amount paid per kWh: the size of the battery you choose to install, and the way this incentive is structured. The SGIP is set up as a tiered-block program. This means that the incentive will be reduced gradually over time as more homeowners apply and qualify for the rebate. For up-to-date information regarding which “block” or step the program is currently in, click here.

Benefits of SGIP for California Homeowners

Since the SGIP was initiated, homeowners have had difficulty accessing it. Most of the funds in the program were dedicated to fuel cells and energy production, not storage. Typically funds were disbursed all at once on one day. As a result, larger businesses and entities beat out homeowners at acquiring the rebate, and little was left for residents to take advantage of. The recent changes made to the program now mean homeowners can get a bigger piece of the pie. Seventy-five percent of the SGIP budget has been allocated specifically for energy storage, and 15% of that has been reserved exclusively for homeowner applications. Also, instead of being released in a one-day frenzy, these funds will be made available all year long. This means you will have the ability to know exactly how much your incentive will be before your battery installation.

Nearly $800 million in funds have been added to the SGIP, most being applied to the “Equity Resiliency” Incentive. This incentive has been expanded to include households that qualify as “low-income”, residents that risk serious illness or have a life-threatening condition that would result if their power was lost, and homeowners that live in high-risk fire zones. Check here to find out if you qualify.

There are also tax benefits that California residents can take advantage of. The federal Investment Tax Credit (ITC) covers up to 26% of solar battery system installation costs. An important thing to note, however, is that batteries that are powered by the grid cannot claim this credit. In order to qualify for the ITC, the battery must be powered exclusively by an on-site renewable energy source (like solar panels).

When you decide it’s time to take advantage of California’s SGIP, decide also to work with the company that has built a reputation of excellence in solar battery installation. Our team at Synergy Power is ready to help you start reaping the benefits of a complete solar system installation. Call today to make an appointment and get the most out of solar and California’s Self-Generation Incentive Program.